*Virginia’s larceny laws have undergone three changes in recent years. Before 2018, the threshold value separating a felony from a misdemeanor was $200. In 2018, it was raised to $500. In 2020, the value differential was raised to $1000. The new $1000 distinction described in this article takes effect on July 1, 2020. Other than the value differential between a felony and a misdemeanor, nothing about Virginia’s larceny laws have changed in recent years.

Concealment or concealing is the Virginia crime of shoplifting. Shoplifting is divided into the same two felony and misdemeanor categories as larceny, with the same penalties, dependent on the value of the stolen merchandise.

Grand larceny is punished by VA Code Section 18.2-95. You face up to 20 years in prison with a conviction.

First offense felony grand larceny charges in Virginia are serious criminal cases and require continuous representation, as jail time is a likelihood in such cases. First offense felony grand larceny charges are not just dismissed, as many erroneously believe. The fact that this is your first felony charge does not entitle you to a dismissal under Virginia law. Instead, you will need to have a trial to attempt to be found Not Guilty, or, your attorney will need to figure out a way to negotiate leniency, if appropriate, for a General District Court misdemeanor (or better, if you are lucky); or, request a felony disposition from a judge in Circuit Court.

Second and third offense grand larceny charges almost always result in jail time in Virginia. Whether charged for the first time or second time or third, we highly recommend that you are represented by an attorney to attempt to avoid convictions as charged, jail time, etc.

REDUCING A FELONY LARCENY TO A MISDEMEANOR

Since the value of the items tends to be the reason for a larceny being charged as a felony instead of a misdemeanor, a good lawyer can successfully argue that value in a case is uncertain, or due to other convincing circumstances, a felony should be reduced to a misdemeanor with minimal or no jail time.

A jury will be given the instruction in a prosecution for grand larceny, if they find that the thing stolen is of less value than $1,000, the jury may find the accused guilty of petit larceny instead of grand larceny.

Please email us by clicking below or call us at (888) 886-4127 to find out if you qualify for a free confidential consultation with an attorney.

To be charged or arrested in Virginia for misdemeanor Larceny, you must have done one of the following acts:
(1) Larceny of goods or things from a place worth less than $1,000, or
(2) Larceny of money or items directly from the body of a person worth less than $5
Misdemeanor Larceny is punished under Virginia Law 18.2-96 as a Class 1 misdemeanor. The maximum punishment for this crime is twelve months in jail with a $2,500.00 fine.

In a prosecution for petit larceny, even if a jury finds the thing stolen is, in fact, a value of $500 or more and equivalent to a grand larceny, upon a conviction, the accused will still be sentenced for misdemeanor petit larceny.

Second and third offense Virginia petit larceny charges almost always result in jail time. Whether charged for the first time or second time or third, we highly recommend that you are represented by an attorney to attempt to avoid convictions as charged, jail time, etc.

Shoplifting is a theft, a larceny. The reason why it has its own code section in the law books is that the wording in the law makes it easier for the government to convict someone of shoplifting.

And, shoplifting includes the concealment of merchandise while at a store. For example, hiding items in a purse while shopping in the store, or putting unpurchased clothing underneath your own while in fitting room – concealing merchandise within your private property.

Specifically, the Virginia Code criminalizes the following acts as shoplifting:
(1) purposely hiding, concealing or taking merchandise in a store,
(2) altering the price tag or other price marking on merchandise,
(3) transferring items from one container to another.

CAN I BE DETAINED BY STORE SECURITY IF SUSPECTED OF SHOPLIFTING?

FAIRFAX, VIRGINIA CRIMINAL DEFENSE ATTORNEY CASE RESULT: A felony embezzlement investigation with a search warrant that resulted in the seizure of cell phones and thousands of dollars in cash resulted in misdemeanor larceny charges brought against the client. Upon hiring counsel, the charges were non-prosecuted and the seized cash and [...]

FAIRFAX, VIRGINIA CRIMINAL DEFENSE ATTORNEY CASE RESULT: Juvenile criminal charges for Felony Breaking and Entering and Grand Larceny were initially reduced and amended to two Misdemeanor charges of Unlawful Entry and Petit Larceny, and after compliance with agreed-upon conditions, the amended charges were DISMISSED. The juvenile client walked away with [...]

Virginia Larceny Law Larceny is the Virginia crime of theft. Virginia courts define larceny as the unauthorized taking of things of value, belonging to another, without the owner’s consent, and with the intention to permanently deprive. Grand larceny is a felony offense, while petit larceny is a misdemeanor offense. Grand [...]

FAIRFAX, VIRGINIA CRIMINAL DEFENSE ATTORNEY CASE RESULT: First offense felony shoplifting / grand larceny under Va Law 18.2-95 / Va Law 18.2-103 Grand Larceny / Concealment – for an allegation of taking merchandise out of a store without paying for it – was REDUCED and AMENDED to Trespass, a misdemeanor [...]

B. Any person who sells attempts to sell or possesses with intent to sell or distribute any stolen property with an aggregate value of $1000 or more, where he knew or should have known that the property was stolen, is guilty of a Class 5 felony.

C. A violation of this section constitutes a separate and distinct offense.

§ 18.2-108. Receiving, etc., stolen goods.
A. If any person buys or receives from another person, or aids in concealing, any stolen goods or other thing, knowing the same to have been stolen, he shall be deemed guilty of larceny thereof, and may be proceeded against, although the principal offender is not convicted.

B. If any person buys or receives any goods or other thing, used in the course of a criminal investigation by law enforcement that such person believes to have been stolen, he shall be deemed guilty of larceny thereof.

Second Misdemeanor Larceny Offense: VA Code Section 18.2-104 creates a punishment enhancement for a prior larceny record, mandating a 30-day minimum jail sentence as part of the penalty for a second conviction.

Third Misdemeanor Larceny Offense: A third misdemeanor larceny conviction is upgraded to a Class 6 Felony, even though the value of the goods stolen is under $1000. A 30-day minimum jail sentence will also accompany this charge.

Because of the punishment enhancements for any subsequent larceny convictions, it is essential for you to make sure that you are comfortable with your defense and/or plea of guilty to any first larceny offense – as no one knows what the future might bring.

What is Grand Larceny?

Grand larceny under Virginia law is a felony criminal act of a person who takes property belonging to another, intends not to return the property, and the value of the property or is over $1000.

What is the punishment for Grand Larceny?

Grand larceny under Virginia law is a felony that is punished by prison time for as many as 20 years, restitution to the victim, a fine of up to $2500 and probation.

What is Petit Larceny?

Petit larceny under Virginia law is a misdemeanor criminal act of a person who takes property belonging to another, intends not to return the property, and the value of the property or is under $1000.

What is the punishment for Petit Larceny?

Petit larceny under Virginia law is a misdemeanor that is punished by jail time for as many as 12 months, restitution to the victim, a fine of up to $2500 and probation.

What is the punishment for shoplifting or for concealing merchandise?

What is the Larceny?

Virginia courts define larceny as the wrongful or fraudulent taking of things of value, belonging to another, without that person or business’ consent, and with the intention to permanently deprive that person or business of the value of the items taken. Intent to permanently deprive a store of merchandise is imposed on defendants in Virginia courts when they leave the Point of Sale without paying for the merchandise.

Second, any person who receives, conceals, or hides stolen property from/for someone who stole that property, and knows that it was stolen, can be charged with larceny under Virginia VA Code Section 18.2-108. Furthermore, even in the thief doesn’t get convicted of the larceny, the friend who hid the stolen property can still be found guilty of a theft of that property! Additionally, even if you knowingly buy stolen property, you can be guilty of grand or petit larceny.

Third, any person who assists in the transportation or disposition of stolen property, knowing that it was stolen, is also guilty of larceny. See Moehring v. Com.

Fourth, conspiring, advising, or helping someone in any way to commit a grand larceny, will also be responsible for the grand larceny and will have to serve between 1 and 20 years in prison as punishment for the crime under Virginia VA Code Section 18.2-23.

How Does a Prosecutor Prove a Larceny Case in Virginia?

A larceny case may be simple for the prosecutor to prove.

In fact, walking past the point of the cash registers with unpaid merchandise is enough to invoke an inference of intent to steal, under Virginia law.

For shoplifting, hiding merchandise while you are still in the store is enough for a conviction in Virginia because it is considered direct evidence of your intent to steal the merchandise or defraud the owner of the sticker price value. The Court explained in the famous case of Welch v. Commonwealth that as long as the item is in the possession or personal control of an unauthorized person, who acts in a manner that is inconsistent with an actual possible purchaser, he can be guilty of larceny without actually leaving the premises of a store. 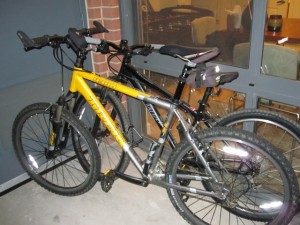