It is with a heavy heart that I write these words.

My client, John Anderson, a kind man I have gotten to know and care about over this past year, has passed away.

“My sweet, handsome husband went home to be with the Lord,” his loving wife wrote to me earlier this week.

John was 61 years old. He passed away at the hospital.

John’s grieving wife requests prayers, respect, and privacy as she mourns the loss of her beloved.

John and I have spent the last year of his life defending John against wrongful accusations brought by the federal government. We have not been at liberty to publicly discuss the case and his defense before our trial date, per court rules.

John’s hope and agony over this past year have been trying to clear his name. This hope lives on past his untimely demise. It remains my hope and the hope of his family.

Now that the government will be moving to dismiss the case against him, I am finally at liberty to tell his story — what John had wanted ever since he asked me to represent him.

John Anderson was a proud American who loved his country.

After high school, John joined the Marines. He then enlisted in the Florida Army National Guard. He spent the past 40 years living in St. Augustine, Florida. He was very hard-working and owned various small businesses throughout his life, including a mechanic shop and a foam spray insulation service. John was also engaged with his community and local church. When a battered women’s shelter operated next door to his auto shop, he would fix the domestic victims’ cars free of charge or at the cost of parts. John Anderson was a genuinely good man.

John was a conservative and a Trump supporter. He had attended various Trump events and rallies over the past few years. None of these events had ever gotten out of hand, John told me. John didn’t expect the January 6 event to be much different, though he felt the fundamental importance of the January 6 protest and wanted to be present to support his beloved country.

On January 6, John was at the Capitol with his cell phone out and hearing assistive devices in. John Anderson came to DC to support President Trump and fair elections.

He found himself toward the front of the crowd, near one of the tunnels in front of the Capitol. John had his phone out, recording what he perceived as a historic protest.

As the crowd moved in closer and closer to the Capitol tunnel entrance, he followed along. Some younger male members of the crowd grew more and more agitated, more aggressive. Some of these men started attacking the officer line guarding the Capitol. They also began pushing the Trump protestors forwards, barking orders at the peaceful Trump supporters, “like military commanders,” John described.

John couldn’t leave. Behind him was the entire protest. There was nowhere to  move freely but forwards with the crowd.

A male member of the crowd, who had not been charged, took out chemical spray and began spraying toward the officers. In between the officers and this man stood 61-year-old John Anderson, who had a heart condition, allergies, and asthma. The spray hit John directly. He was sprayed in the face. 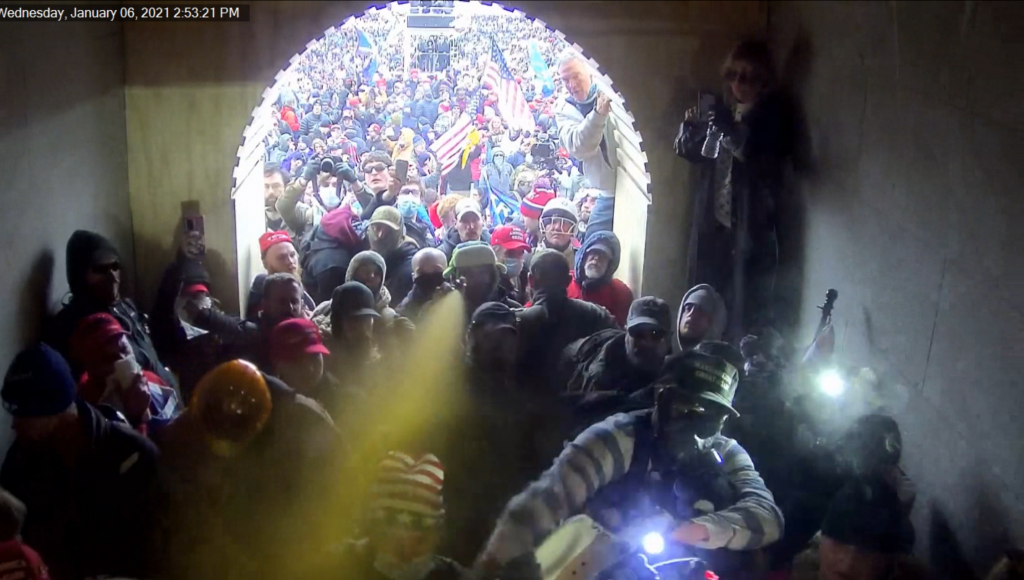 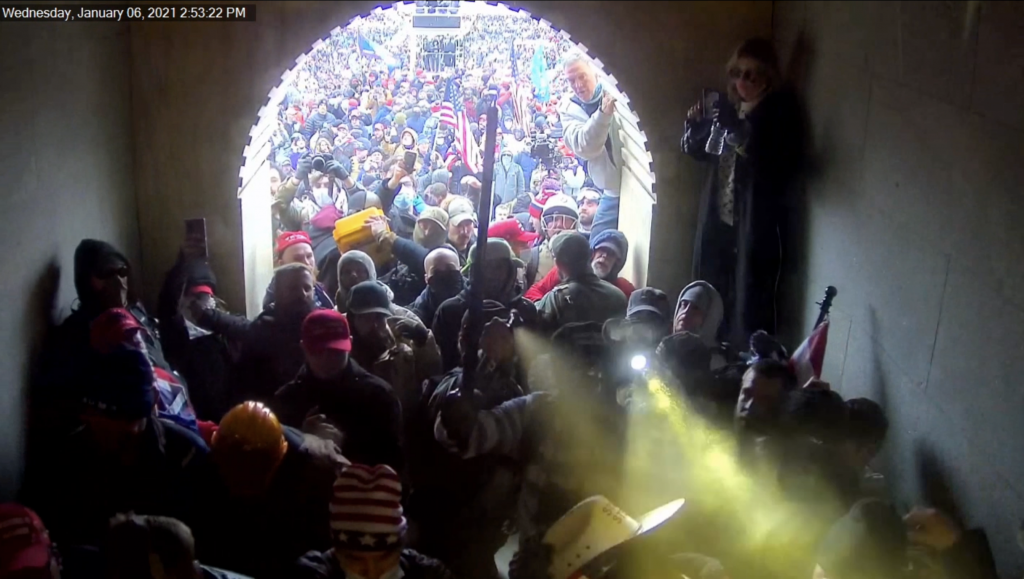 The officers responded with their own OC spray, spraying the crowd. The tunnel was filled with chemical spray gasses. 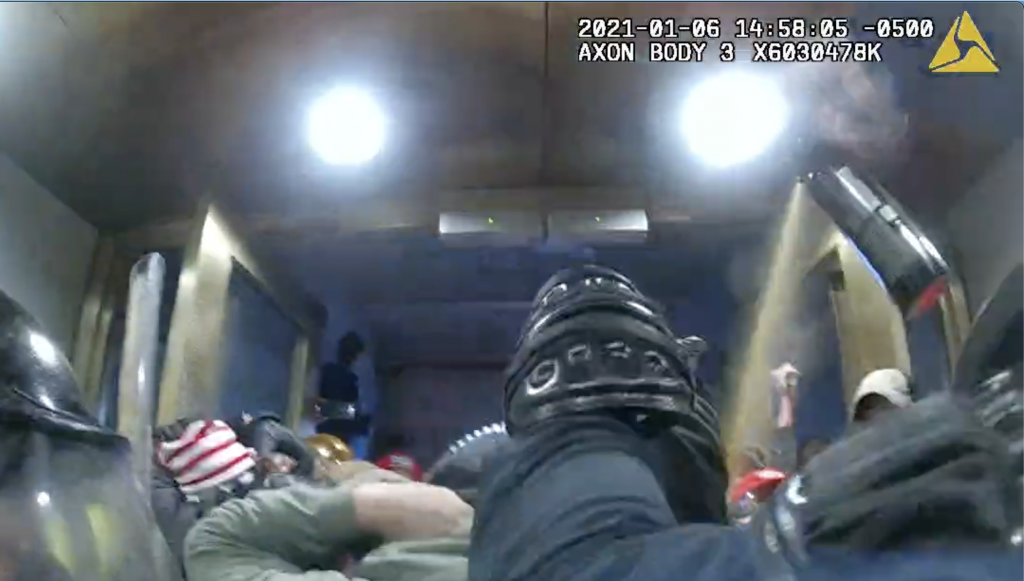 With nowhere to escape a tunnel filled with chemical spray, John went from coughing to collapsing in just minutes. 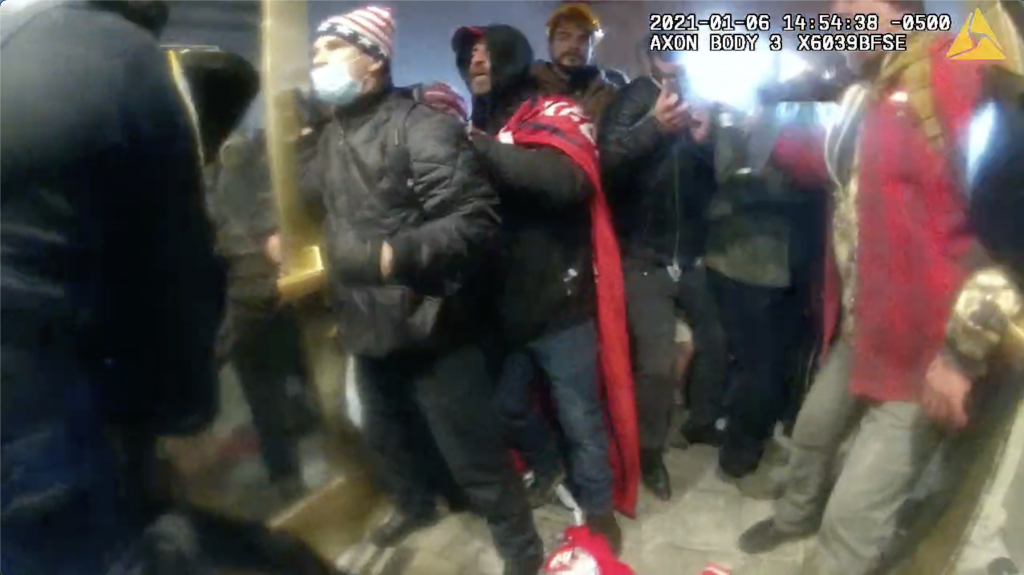 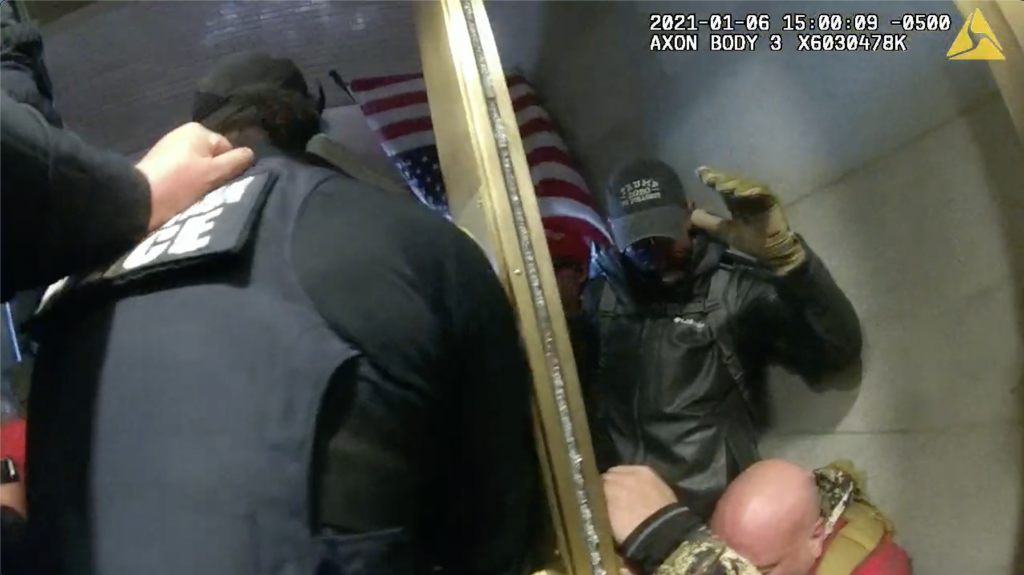 He mustered the strength to peel himself off the floor and make his way to the officer line to seek help. 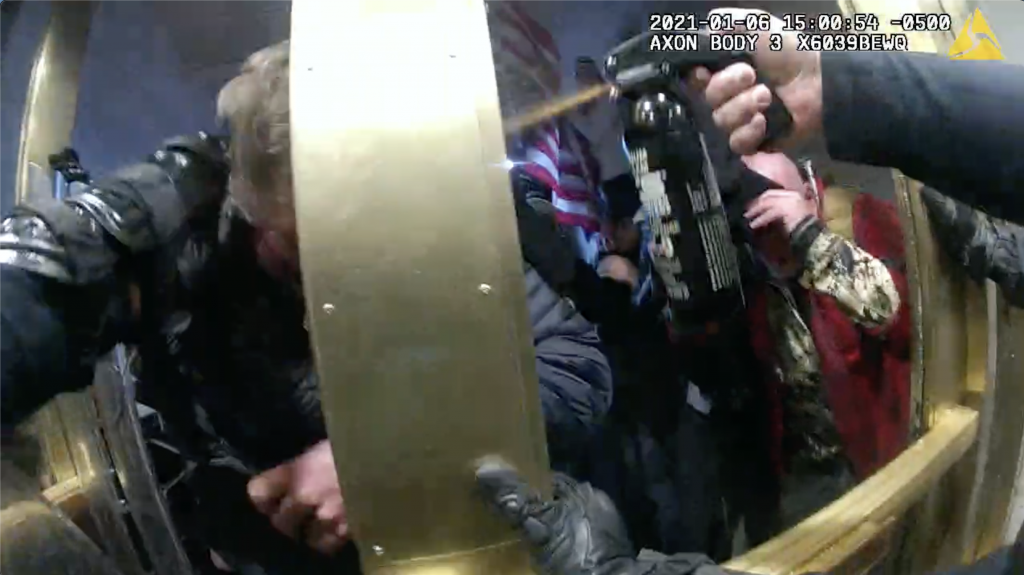 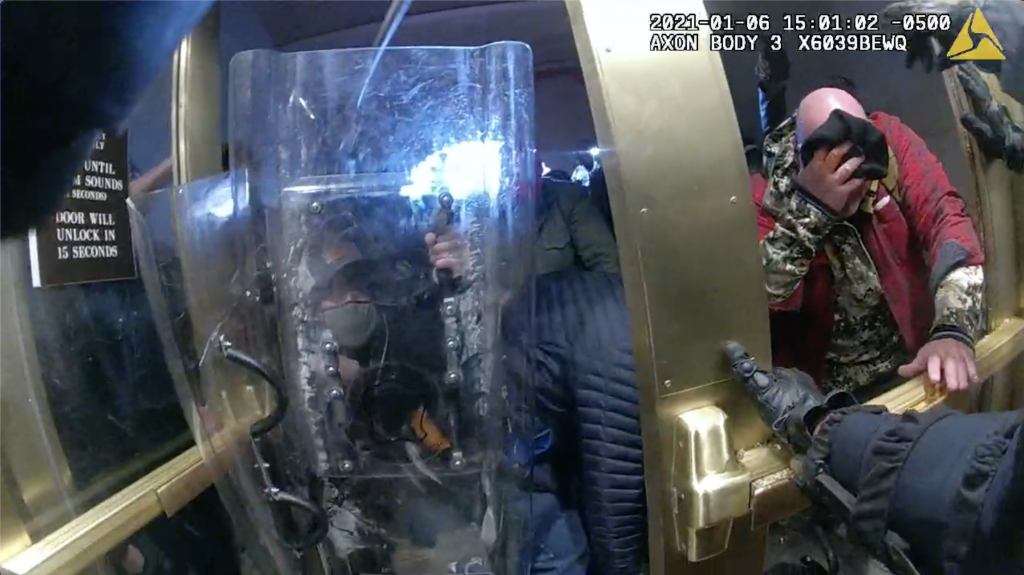 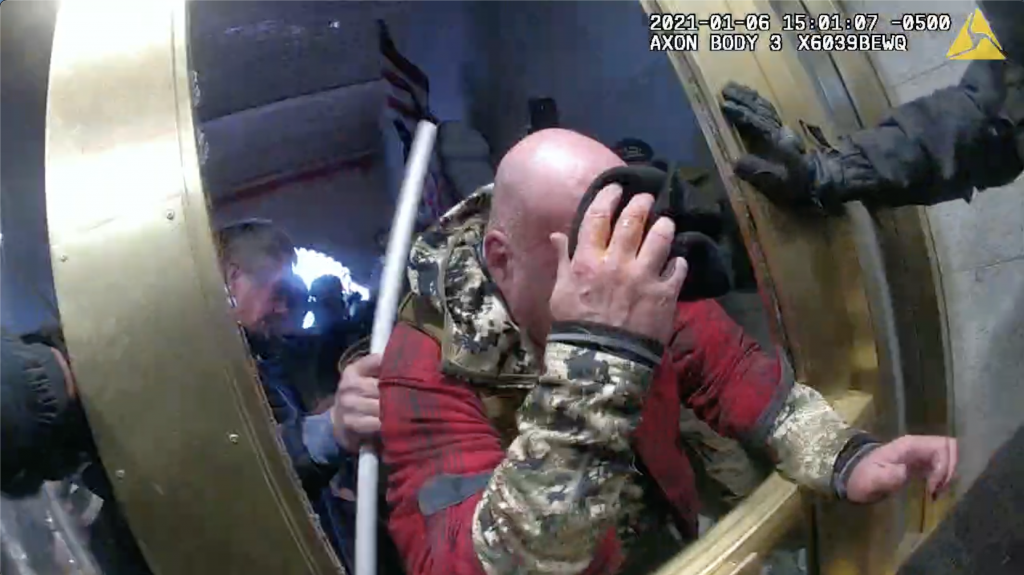 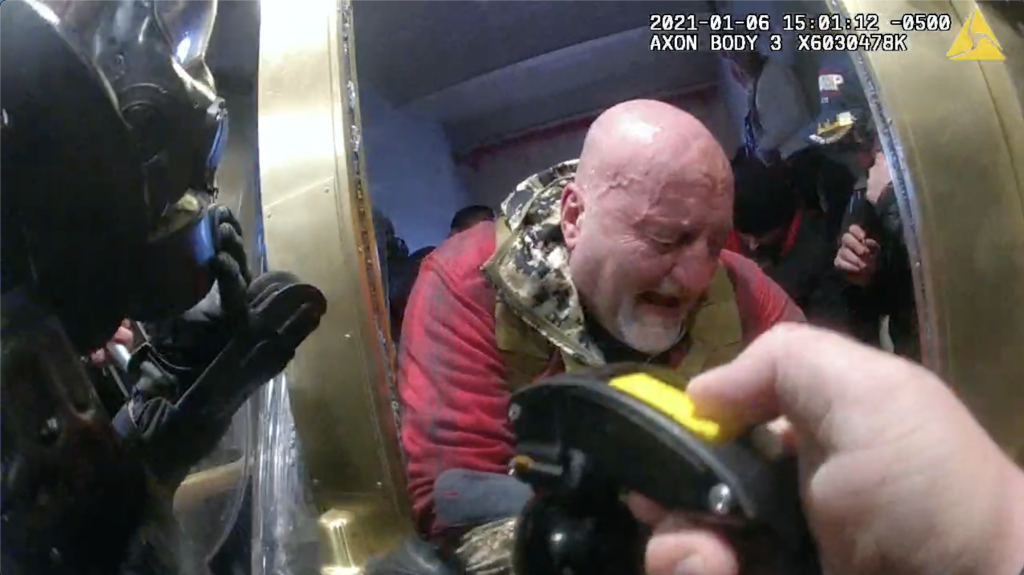 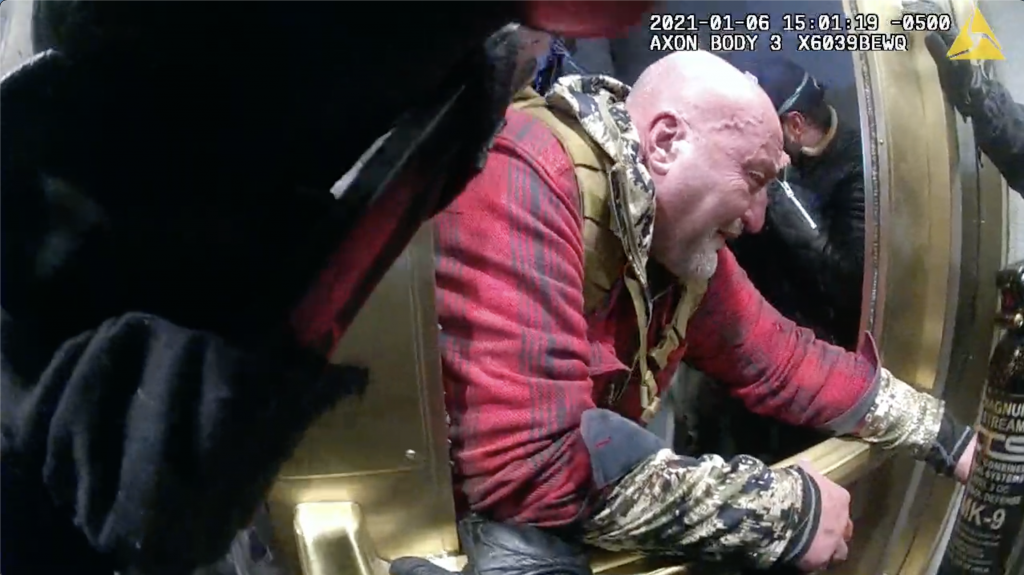 Realizing that this was a medical emergency, the MPD officers pulled John into the Capitol and rendered medical aid. 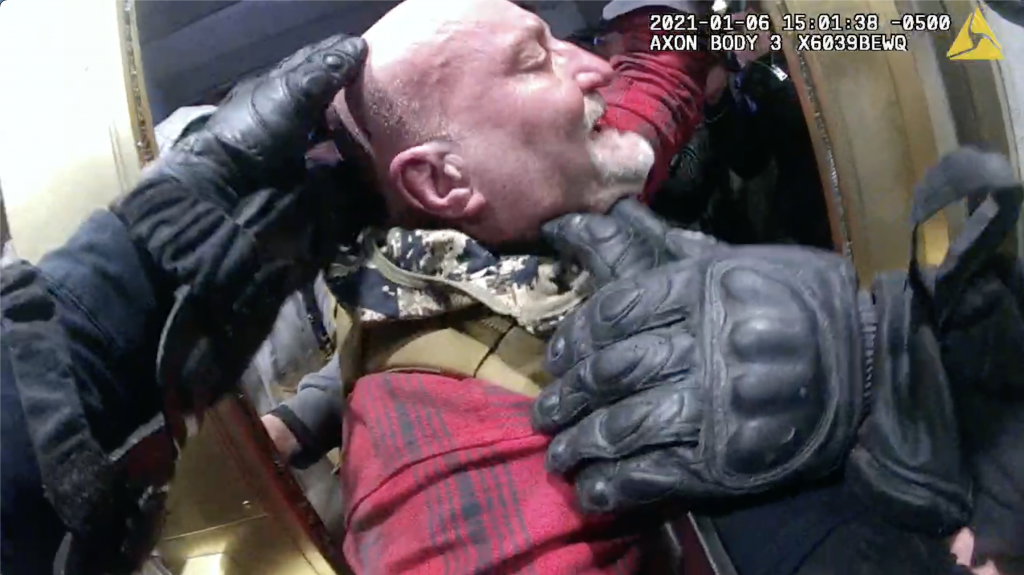 “They saved my life,” John said. He was eternally grateful to the officers who helped him. 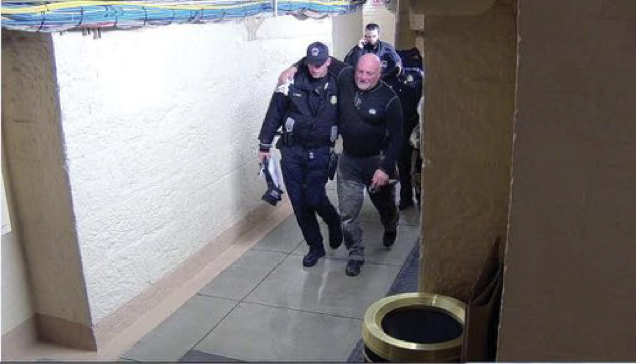 After providing medical care to Mr. Anderson, the MPD officers released him. An MPD supervisor instructed one of the officers to cite John for “unlawful entry,” a local DC misdemeanor offense with a maximum penalty of six months. John was released with this citation in hand.

Of note, John Anderson never entered the Capitol building on his own accord. Mr. Anderson was brought into the building by the MPD officers who were rendering medical aid to him.

Five weeks later, the DOJ decided to take over his case and charge John under federal law, as part of their massively unprecedented January 6 investigation. They arrested John by hunting him down during his 5 AM outdoor exercise routine that he did every morning with his wife, throwing him down on the pavement. (This was after I offered simple self-surrender to feds, offering to turn him in civilly to save the government resources and risk. My request was declined.)

And this time, the charges were different. All of a sudden, John was accused of felonious conduct: stealing two police shields, “assaulting, resisting, or impeding certain officers,” and “civil disorder,” in addition to the typical four misdemeanor charges the United States has levied against all of the January 6 Capitol incident defendants.

We were shocked by the new allegations.

John swore up and down that he did none of the things alleged. “I never hurt anybody, Marina,” he would say to me repeatedly. “I was there for a protest. Why would they say I did these things if they know that isn’t true? Ask them to check their cameras. I didn’t do any of this.”

John Anderson was very clear about what happened. “I was there for a protest. I was recording everything. I didn’t attack any officers. I didn’t hurt anyone. Someone sprayed me, I couldn’t breathe, and I begged the officers for help. And I thank God every day that they helped me. They saved my life.”

It wasn’t just Anderson’s categorical denial; it simply didn’t make sense — period. How could he have assaulted officers if he was receiving aid from them and could barely breathe or walk without their assistance? If the government’s theory is interfering with law enforcement, then how could a request for medical aid be considered felonious? How could such large-sized property as police shields be stolen when John Anderson was in law enforcement custody and then released — where would he hide them? Why would MPD officers release him on a citation without such extreme conduct ever being mentioned if it indeed happened? After all, he was surrounded by officers the entire time he was in the Capitol.

Federal prosecutors nonetheless assured me that they had video evidence that would reveal the felonious conduct. They advised that video evidence will show Mr. Anderson making his way to the front of the police line where he had to be chemically sprayed by police after being disorderly and taking a shield, and that he required medical aid only after this negative interaction with law enforcement.

We know now that none of that is accurate. The videos that were provided by the government to the defense, from which we obtained the screen-shots shown supra, clear John’s name.

Indeed, John Anderson was sprayed, but by someone in the crowd (who the government has yet to prosecute). John did not approach the police line to be disorderly or combative but to seek police assistance. John Anderson never hurt or touched a single police officer. The video evidence proves this.

John Anderson was telling the truth.

And as for the shields? CCTV video shows that after he was sprayed in the face, the crowd was passing a shield over his head, and John pushed it past his head. As for the second shield, he held a shield, which was also being passed around the tunnel, and clung to it as he was protecting his face from the noxious gasses that were being sprayed into the tunnel — after peeling himself off the floor following his initial collapse from the gassing. He never charged anyone with a shield. He clung to the shield as he was squinting his eye shut; that’s what the video shows. These were the bases of the two police shield “theft” accusations.

Ridiculousness aside, I was exploring how much of a case the government had with regard to these shields, and I asked the government typical theft case defense questions, such as who the shields belonged to. “I don’t know which department owned the shields,” was the response from government counsel. Well, I know. It was MPD. The ownership was DC police, not federal police. This is relevant because John was accused of stealing property belonging to the federal government, not the local DC government. Our defense investigation revealed that the property that John didn’t steal in the first place also didn’t belong to the federal government.

John didn’t even remember these shields. He was so panicked about not being able to breathe that he wasn’t paying attention to what he was doing to stop the spray from coming at his face. Nor did he remember touching that first shield that was passed over his head after he was initially sprayed by a member of the crowd. All he remembered was being sprayed, struggling to breathe, and seeking help.

The government knew that John was vehemently denying the accusations. They had John’s side of the story. And they had the video evidence. They watched the same videos that we watched. But they maintained their accusations were accurate. The feds wanted Mr. Anderson to plead guilty to a felony with a maximum penalty of five years in prison as a plea offer. The last project that John and I were working on before his death was turning down this offer, which we felt was a slap in the face. “I will not say that I did something I didn’t do,” was John’s position. We believed that the government was continuing to ignore the complete picture of what happened. We believed that the government continued relying on their misleading Statement of Facts.

May John Steven Anderson rest in peace and tranquility. May his family find comfort and finality in knowing that John was genuinely innocent of the serious charges of which he was accused before his death. May America know that John Anderson died a wrongfully accused man who maintained his innocence to his last day. 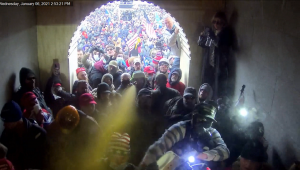 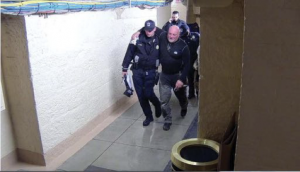 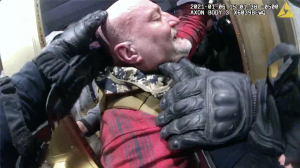 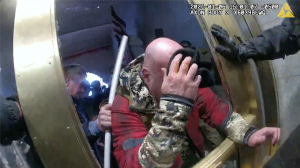 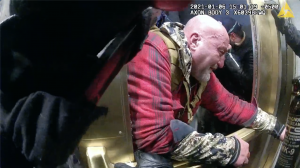 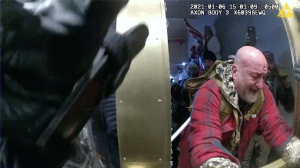 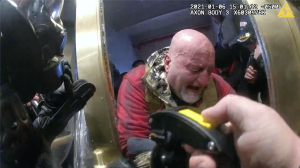 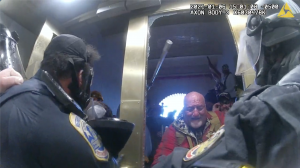 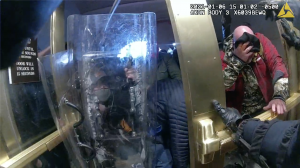 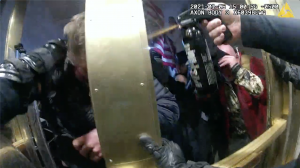 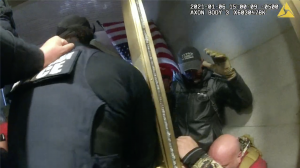 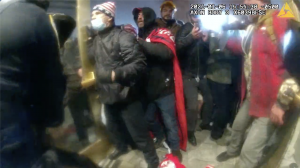 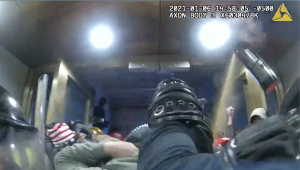 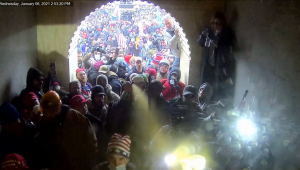 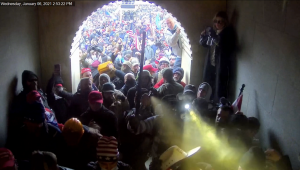 DISCLAIMER: Case results depend on a variety of unique factors and cannot predict identical future outcomes.

Criminal defense attorney's
client rating is 5/5 stars, based on 285+ reviews.