Law Enforcement Defense / Police Use of Force in Virginia

MEDVIN LAW PLC is one of the very few law firms trusted by Northern Virginia law enforcement officers for defense of serious internal investigations, criminal investigations, and personal matters. We have represented police officers, their friends, and their family members from many of the local VA/DC Metro area police departments.

Law Enforcement Use Of Force

Police officers in Virginia cannot use excessive force to apprehend a subject, but they may use a reasonable mount of “effort” required in a given incident “to compel compliance by an unwilling subject,” as explained by the International Association of Police Chiefs.

In reality, this means that as a situation escalates, an officer makes split second decisions as to how to control the situation, respond to possible threats, and apprehend their subject.

This article is written by award-winning use of force and self-defense attorney Marina Medvin. Ms. Medvin has represented police officers and military officers charged with Virginia offenses. Ms. Medvin has also served as an advisor to the local Police Department on issues of Use of Force and taser usage. Marina Medvin is an NRA Lifetime Member. We offer significantly discounted legal fee rates to law enforcement officers charged with criminal offenses in the performance of their duties. We are also on the list of Criminal Attorneys recommended by the Virginia Police Benevolent Association / Southern States Police Benevolent Association, and your membership with the PBA may cover your legal fees. Please call Attorney Medvin at 888-886-4127 for more information. 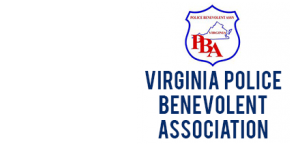 Understanding Use of Force

The first level of force is the mildest one – police officer presence in uniform or with a badge, in itself, is a way for the officer to exert a level of force and authority over citizens.

The second level of force is through verbal commands. Officers issue commands, such as “Let me see your identification and registration,””stop,” or “don’t move.”

Aside: The Virginia Supreme Court has detailed examples of circumstances that may indicate that a seizure has occurred. Such examples include “the threatening presence of several officers, the display of a weapon by an officer, some physical touching of the person of the citizen, or the use of language or tone of voice indicating that compliance with the officer’s request might be compelled.” In contrast, a police request made in a public place for a person to produce some identification, by itself, generally does not constitute a Fourth Amendment seizure. McCain v. Commonwealth of Virginia.

The third level of force is physical restraint and physical command over a subject. If the situation calls for it, officers can grab and hold the subject in order to restrain that individual. If this doesn’t work or is not an option, then officers may use punches and kicks to restrain an individual. These actions must cease once the subject is restrained. The justification for this type of force comes and goes within seconds, and the officer is obliged to the public to adjust his conduct and his force accordingly.

Aside: According to the Virginia Supreme Court, a person is “seized” within the meaning of the Fourth Amendment if, under the circumstances presented, a reasonable person would believe that he was not free to leave the scene of an encounter with the police. United States v. Mendenhall. Thus, a seizure occurs when a law enforcement officer, by physical force or some display of authority, restrains in some manner a citizen’s freedom of movement. McCain v. Commonwealth of Virginia.

The next level of force is when officers have a reasonable need to control the situation by using their tools or gadgets. Officers may use a baton or projectile to immobilize a combative person. Officers may use chemical sprays or projectiles such as pepper spray. And, officers may use tasters to immobilize an individual. Again, this type of force must cease once the subject is restrained. The justification for this type of force comes and goes within seconds, and the officer is obliged to the public to adjust his conduct and his force accordingly. Officers cannot continue beating someone with their baton once the person is no longer resisting or no longer posing a threat.

The last level of force is deadly force. The U.S. Supreme Court’s decision in Tennessee v. Garner placed restrictions on police use of deadly force:

“deadly force may not be used unless it is necessary to prevent the escape and the officer has probable cause to believe that the suspect poses a significant threat of death or serious physical injury to the officer or others.”

A Virginia police officer is allowed to use deadly force if he can articulate that his life or the life of another was threatened. This is a type of self defense, or defense of another situation. It is judged from the perspective of the officer at the time of the shooting.

Fairfax, Virginia example of use of force training: Fairfax Police Department Retrains Officers to Avoid Use of Deadly Force

Can a citizen use force to resist an unlawful detention?

A Terry stop or detention, a protective search for weapons or otherwise investigative detention, constitutes a brief, though not inconsequential, restriction on an individual’s freedom of movement, Such detentions are informal encounters that generally are not the subject of any public record, opined the Virginia Supreme Court.

Because a detention is, by its nature, a brief intrusion on an individual’s liberty, the provocation resulting from an illegal detention is far less significant than the provocation that attends an illegal arrest. Thus, recognition of a right to resist an unlawful detention would not advance the rationale supporting the common law right to use reasonable force to resist an unlawful arrest, but would only serve to increase the danger of violence inherent in such detentions. Close questions as to whether an officer possesses articulable suspicion must be resolved in the courtroom and not fought out on the streets. Accordingly, we hold that a person in this Commonwealth does not have the right to use force to resist an unlawful detention or “pat down” search.

Can a citizen use force to resist an unlawful arrest?

Disclaimer: This article is for general informational purposes only and is not equivalent to legal advice or authority. Do not confuse reading about the law in general to being able to assess the unique legal issues of your case. If you are charged with a Virginia criminal offense, you need to speak to an experienced Virginia criminal defense attorney.

Criminal defense attorney's
client rating is 5/5 stars, based on 258+ reviews.