MARINA MEDVIN specializes exclusively in criminal defense. She is revered as dauntless, dedicated, and innovative. A criminal lawyer celebrated for trial stamina and creativity. Proudly serving the Federal Courthouse in DC and Alexandria, the City of Alexandria, Fairfax County, City of Fairfax, Town of Vienna, Arlington County, and City of Falls Church.

Established in 2009, MEDVIN LAW is a Northern Virginia boutique law firm dedicated exclusively to criminal defense in the state and federal courts of Virginia and Washington DC.

Ms. Medvin is an experienced trial lawyer and has represented clients in the full spectrum of criminal prosecutions, including murder, white-collar crimes, rape and sexual assaults, political offenses, drug crimes, juvenile offenses, computer hacking, and traffic crimes, such as hit and run, driving under the influence, and reckless driving. Ms. Medvin is also a skilled negotiator and has successfully dissuaded the prosecution and indictment of serious felony charges. Attorney Medvin has been described by clients as dauntless, relentless, innovative, and committed. She is licensed to practice law in all of the state and federal courts in Virginia and Washington D.C.

Marina Medvin has been recognized as one of Washington’s Best Lawyers by Washingtonian Magazine, Top Lawyer by Northern Virginia Magazine, honored in the Washington Post’s Super Lawyers list of Top Attorneys in Washington DC, recognized by Richmond Magazine’s Super Lawyers list of Top Attorneys in Virginia, selected as a Fellow of the Litigation Counsel of America for superior litigation accomplishments and member of their Trial Law Institute and its Order of Justitita for having litigated over 100 trial cases, named by Super Lawyers as a top lawyer in Virginia and Washington DC, profiled as a Leading Attorney in Town & Country Magazine, selected to the list of Top 100 Trial lawyers by The National Trial Lawyers, received a 10.0 Superb Rating from AVVO, and maintains 5/5 star client ratings throughout the various online attorney reviews sites, amongst other distinctions.

Marina Medvin is also a LexisNexis author of the upcoming Practical Guide – Virginia Criminal Law Forms, which teaches Virginia attorneys how to file motions in Virginia courts and how to craft motions and formulate arguments for their clients. Additionally, she co-authors a Virginia criminal law guide for lawyers, Defense of Serious Traffic Cases in Virginia, a Virginia law handbook that teaches Virginia lawyers defense of DUI, Reckless Driving, Hit and Run, Manslaughter, and other serious traffic crimes. Ms. Medvin is also a former law and policy columnist who wrote for Forbes and TownHall. 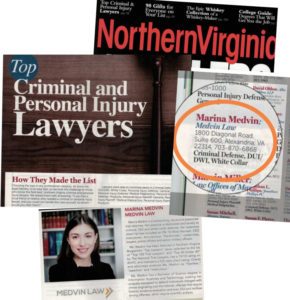 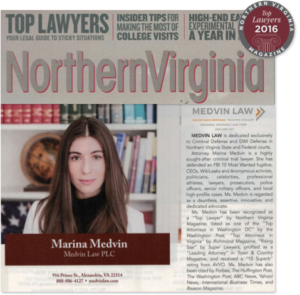 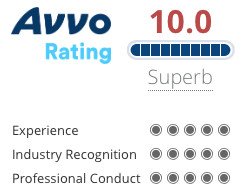 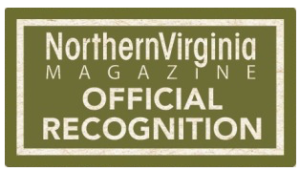 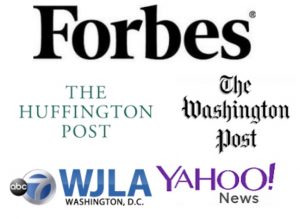 U.S. District Court for the Eastern District of Virginia EDVA

U.S. District Court for the Western District of Virginia WDVA

U.S. District Court for the District of Columbia

U.S. District Court for the Northern District of Texas

U.S. District Court for the Western District of Texas

U.S. District Court for the Eastern District of Texas

Supreme Court of the United States

U.S. Court of Appeals for the Fourth Circuit

U.S. Court of Appeals for the District of Columbia

“never stops working for her clients”

“has a huge knowledge base”

Ms. Medvin graduated with Honors from the Pennsylvania State University with a Bachelor of Science degree in Information Sciences and Technology. She continued her professional education with a Juris Doctorate degree at the Antonin Scalia School of Law in Arlington, Virginia, where she also served as a legal publications editor for the Journal of Law, Economics, and Policy.

Marina Medvin personally represents her clients in serious felony cases, Federal investigations and indictments, white collar matters, and misdemeanor cases. Ms. Medvin micro-manages her cases and handles most defense components on her own. On complicated cases, Ms. Medvin has a team of lawyers assisting. We only accept a limited number of new clients each month. If we are unavailable to accept your case, you will be referred to a qualified attorney for services.

Passionate about American freedoms, Marina Medvin sometimes serves as advisory counsel on out-of-state cases of national interest where she has the opportunity to fight to uphold American liberty principles. 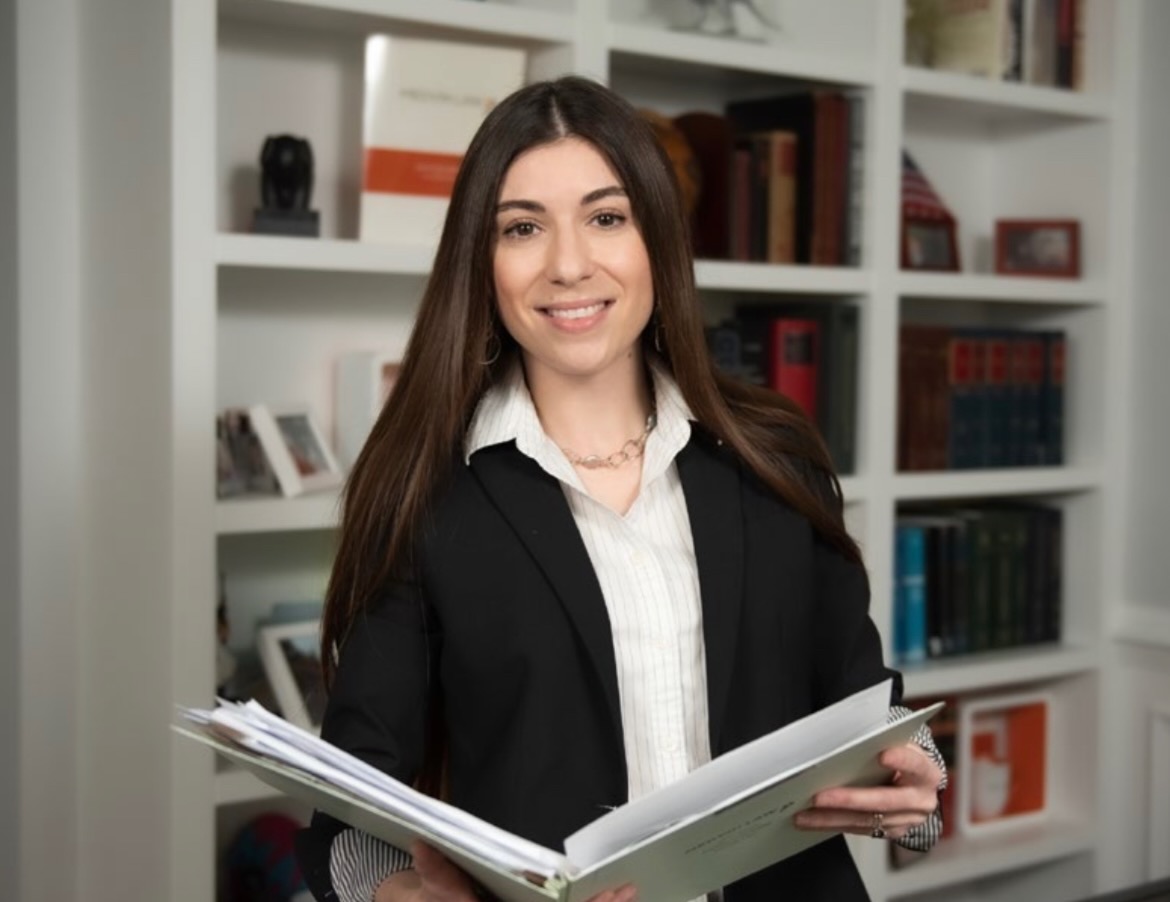